Beyond Boundaries - When Collectors Curate A Show 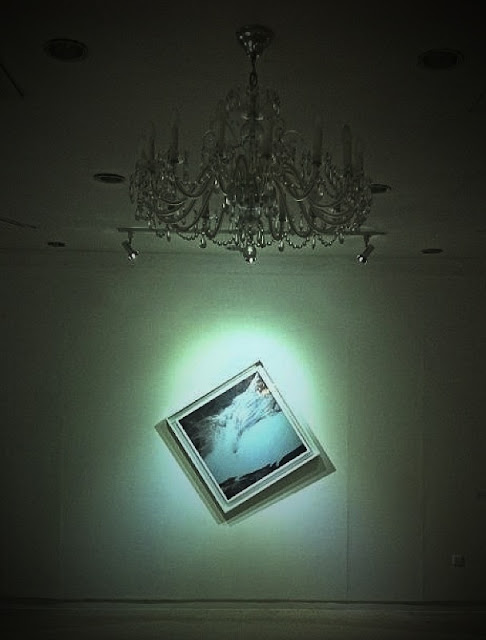 Curators usually hold a pivotal role in an art exhibition.
They choose the artists to participate in the exhibition, review and select their works and invite notable collectors to attend the opening night.
Yet, that precept is turned on its head at a new exhibition in Jakarta.
No curators are involved in “Beyond Boundaries,” a contemporary photography and art installation exhibition at the Umahseni Gallery in Menteng, Central Jakarta.
The exhibition, which lasts until May 25, has been curated by local art collectors.
“I noticed some dissatisfaction among Indonesian collectors towards curators,” Umahseni Gallery owner Leo Silitonga said.
“So I thought, why don’t I offer the [curatorial] job to the collectors [for this exhibition]?”
Leo offered three Indonesian collectors, Arif Suherman, Paula Dewiyanti and Wiyu Wahono, the opportunity to curate an exhibition — a role they all happily accepted.
According to the senior art collector, Indonesian curators tend to write long and complicated texts only a few people understand and in doing so, they were losing opportunities to educate the people about art.
As part of this exhibition, each collector selected their own favorite artists to collaborate with to create new artworks. They also wrote their own curatorial texts to introduce the artist and the works they are presenting.
“We don’t want to show that we’re better than [curators] with this exhibition,” Wiyu said.
“We just want to have fun.”
Young collector Arif Suherman chose his good friend and famous Indonesian photographer Davy Linggar to take part in this exhibition.
“I’ve known Davy as a photographer for a long time, but I only saw his paintings in 2010,” Arif said.
Arif said he found Davy’s paintings thought-provoking straight away.
“But Davy’s never painted again since then,” Arif said. “With this exhibition, I hope to be able to encourage him to pick up his paintbrush again.”
Davy, who was born in Jakarta in 1974, learned to paint from his father during his early childhood.
After finishing high school, Davy studied fine arts at the Bandung Institute of Technology (ITB) but he dropped out and moved to Germany.
In Germany, he studied photography at the Universitaet Gesamthochschule Essen.
Davy, who is currently one of Indonesia’s most notable fashion photographers, secretly yearns to paint in his spare time.
“I’ve always loved painting,” he explained. “But lately, I’ve become much too busy to paint.”
In this exhibition, Davy presents an art installation themed “Conferring Life to A Space,” featuring 10 of his new paintings.
The artist chose the whitewashed warehouse of the Umahseni Gallery to present his art installation and new paintings.
“When I came to the gallery, I saw the warehouse that was being renovated,” he said.
“It got me thinking what it must be like to be an empty space.”
Davy fills the five-by-five-meter warehouse with paintings of people and daily objects, making the otherwise empty space alive and personal.
Art collector Paula Dewiyanti invited her good friend and up-and-coming photographer and videographer from Yogyakarta, Wimo Ambala Bayang, to take part.
“From the start, we both realized she’s not a curator,” Wimo said. “So, we discussed and worked together as friends. It’s been a fun process for both of us.”
Wimo, who was born in Magelang, Central Java, in 1976, studied interior design at the Indonesian Institute of the Arts Yogyakarta (ISI Yogyakarta).
The photographer is currently the director of Ruang MES 56 — an artist collective and gallery of Indonesian contemporary photography in Yogyakarta.
In this exhibition, Wimo and Paula presented a unique art installation “Untitled.”
Wimo presents his art installation in a makeshift room at the front of the gallery. A whitewashed bench stands in front of the room, on top of which sits a white book containing Paula’s tweets.
Some of the texts are provocative: “I got an invitation to an exhibition. It says: panties required.

”
The small room itself has a wall opening too narrow to enter. From the slit, visitors are able to see a series of black-and-white photographs of a bride and groom standing on the beach.
Two acrylic pillars stand at the wall opening. A visitor can look at Wimo’s photographs through these acrylic pillars and see distorted images.
“The installation is based on the concept of invisibility that I’m developing,” Wimo said.
According to Wimo, modern technology and social media have allowed people to “see” things they don’t actually perceive in person.
“And it causes a lot of reality distortions,” he added.
Wiyu chose Yohanes Paganda Halasan Harahap, also known as Agan Harahap, as his favorite artist of the exhibition.
“I’ve collected Agan’s works for some time, although I didn’t know him personally,” Wiyu said. “I had a concept in my mind [for the exhibition] and I believed only Agan can do it for me.”
Wiyu’s concept is that photographs are actually the chosen reality of the artist, as well as the beholder.
“People generally think that photographs present objective reality, while, on the other hand, paintings are very subjective to the artists and beholders,” Wiyu said.
“Well, it’s not true. Photographs are actually the chosen reality of the photographer and we all see them from our own points of view.”
Agan, who was born in Jakarta in 1980, studied graphic design at the Indonesia Design College (STSI) in Bandung.
After graduating from college, Agan worked for a short while as a digital imaging artist and photographer at photo studios and magazines in Jakarta, before deciding to become a full-time contemporary photography artist in September 2011.
In the exhibition, Agan presents “Project Mercury,” a series of photographs of Tangkuban Parahu, an active volcano in West Java.
Each of Agan’s large-scale photographs can be rotated in four directions.
When the pictures are rotated upwards, the bluish crater of the volcano can be perceived as the skies.
“Even the artist himself is not sure which is which anymore,” Wiyu said with a laugh. 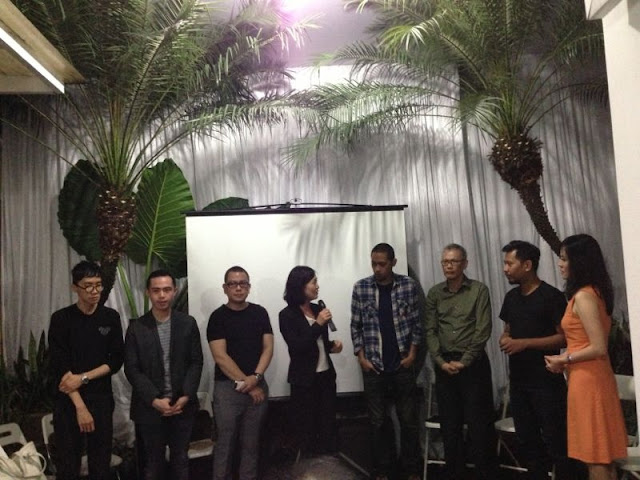 Professor Oh Soon-Hwa, a photographer, curator and lecturer at Nanyang Technological University in Singapore, attended the opening of the exhibition and said he was surprised by Agan’s works.
“Agan’s works are the most surprising ones,” Oh said. “His previous works are nothing like this.”
Agan’s works are usually a satirical parody of human life; a combination between fantasy and reality.
In this exhibition, Agan’s main objects are mostly on the rugged cliffs of the volcano and its fuming craters.
Yet, with his photography Agan has successfully brought the old volcano back to life.
Visitors will be wowed by the grandeur of the volcano, as well as feel the terrors of its rumbling crater through his pictures.
The professor, who met and interviewed each artist for a research project funded by the Singapore’s ministry of education last year, labeled Davy’s works as “interesting” and Wimo’s works as “having a sense of humor as all of his other works are.”
“[In this exhibition] they make us see different things through their art,” Oh explained.
“That’s the success of this exhibition.”
In spite of the success of this exhibition, the professor commented that it is “a very interesting and unique situation.”
“I’ve never seen any collectors being involved so much in the artworks,” she said, adding that to her knowledge, artists usually only dealt with the galleries to feature their works.
“So, the galleries act as a gatekeeper,” she said. “In this way, the artists are protected in their own world.
“They’d never have collectors directly coming in to them.”
But in this exhibition, the Umahseni Gallery has encouraged these three collectors to engage directly with the artists.
“In some parts, it’s good,” she said. “It encourages more people to take part and be involved in art exhibitions.”
Nevertheless, according to the professor, the collaboration also poses a danger of the collectors influencing the artist.
“If [artists] are influenced too much, it can actually ruin their creativity,” she said.
“They may lose their character. And collectors don’t want that [to happen] eventually.”
Riksa Afiaty, an in-house curator at the Umahseni Gallery, thinks the collaborations in this exhibition are positive.
“This collective exhibition encourages a healthy interaction between artists and collectors,” Riksa said. “It’s something that rarely happens in art.”
A number of art lovers, who attended the opening night of the exhibition, also appreciated the efforts of Umahseni Gallery for presenting this exhibition.
Irawan, an art lover from Surabaya, for example, came especially to Jakarta to attend the opening night.
“It’s something that never happened before, in which three Indonesian collectors curated an exhibition together,” Irawan said.
“We should really appreciate it.”
Rudy Kosasih, an art lover and writer from Jakarta, also enjoyed the event.
“Two thumbs up for the exhibition,” Rudy said. “It’s a major breakthrough in the Indonesian art scene.
“Hopefully, these collaborations will give birth to fresh creativity and new forms of art.” 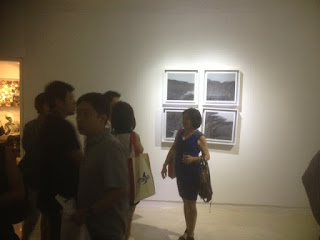 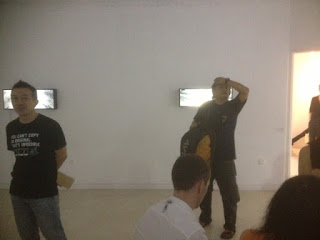 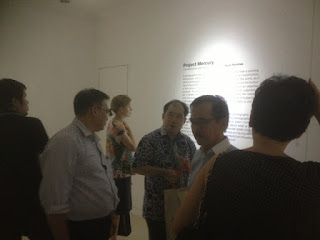 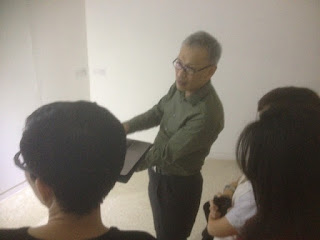 [Still] In The Lap of The God 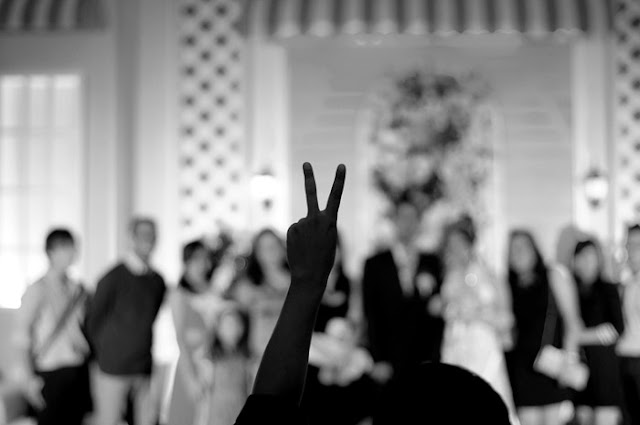 Posted by melmanandthehippo at 01.25 4 komentar: